For the Somme Centenary in 2016/17, Somme100 FILM co-ordinated 100 live orchestral screenings of UNESCO-listed 1916 film The Battle of the Somme, with Laura Rossi’s score.  Professional, amateur and youth orchestras took part, performing live to film across the UK and internationally. 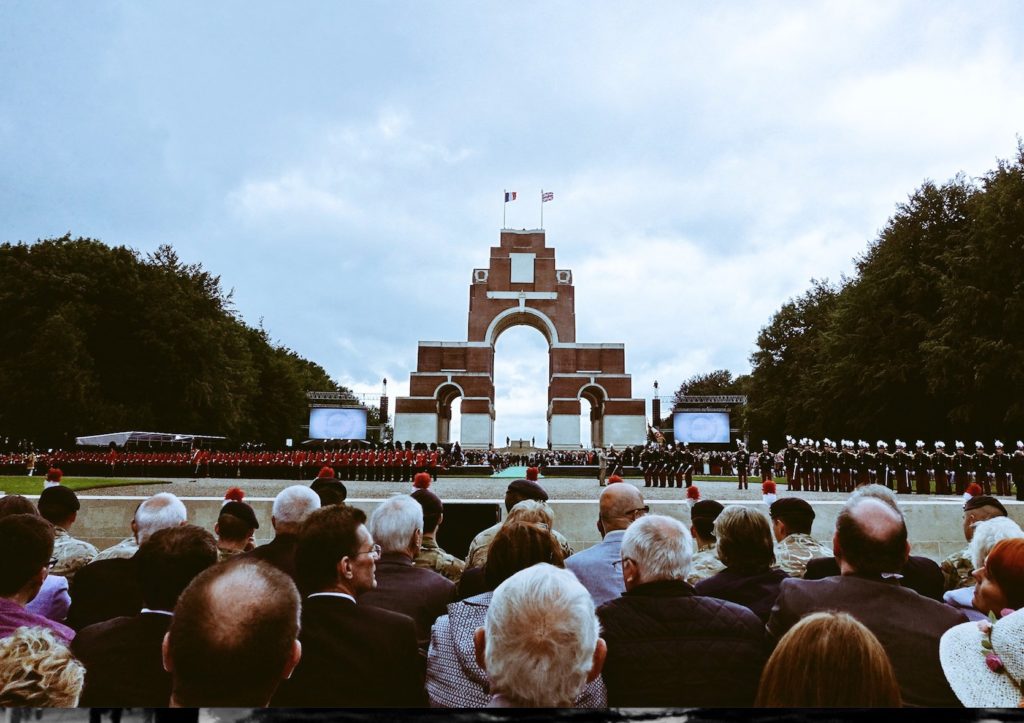 The live screenings were attended by an audience of over 37,000 people, involved over 4,200 musicians, was featured on BBC’s The One Show and The Andrew Marr Show, and The BBC Symphony Orchestra performance at Thiepval, France was televised live on BBC1.

After the success of this tour, in 2018 we embarked on a live orchestral tour of Battle of the Ancre (the sequel to the Somme film), with support from the Imperial War Museum and First World War Centenary Partnership. IWM senior curator Dr Toby Haggith and composer Laura Rossi introduced the screenings.

“Laura Rossi’s powerful, evocative score, sensitively performed by the Camerata, was a highly effective fusion of music and film: the haunting images of archive footage, combined with Laura Rossi’s atmospheric score, created a unique soundscape, which cannot fail to have made a lasting impression on those present. It was a deeply moving tribute to all those who lost their lives.”  The Yorkshire Times

The newly restored Battle of the Ancre film was released on DVD in November 2017 with Laura Rossi’s new score recorded at Pinewood Studios, conducted by John Gibbons.

Battle of the Ancre

The sister film to Battle of the Somme, Battle of the Ancre was filmed between September and November 1916 and released in 1917. Filmed by cameramen Geoffrey Malins and John McDowell, the film drew big audiences and was a critical success. Box office takings were even higher in the first three months of release than for its predecessor Battle of the Somme. Many consider The Battle of the Ancre and the Advance of the Tanks as the better film cinematically and it contains haunting images of trench warfare, notably of the mud that beset the battlefields, the waves of troops advancing into no man’s land, the use of horses and the first views of the ‘Tank’; the secret weapon which it was hoped would break the military deadlock on the Western Front. 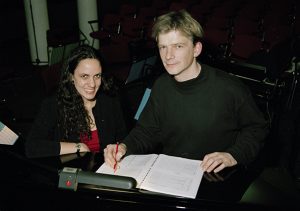 The score for chamber orchestra is in 5 movements, which accompanies the 5 parts of the film. The music depicts the varied emotions conveyed throughout, reflecting the more poignant moments as well as echoing brighter scenes of high-spirited soldiers.  The premiere was performed at the Imperial War Museum, London with Ealing Symphony Orchestra conducted by John Gibbons.

So many people have a connection to this Battle. I discovered through working on these films that my Great, Great Uncle Fred (who I knew) was a stretcher bearer on the Somme & was attached to 29th division, who feature in these films, so it’s possible he may be in the films.

He was the only one of his pals who survived the war. Here’s a diary extract of his from April 16th 1917:

It has been an incredible journey working on both composing these scores and putting on the live screenings of the Somme and Ancre films. The whole project is about so much more than just the music. Watching these films with a live orchestra, is such an incredibly moving experience and a unique way of connecting us to that time in history. Meeting the many performers and audience members who found their own connections to the Battle (though watching or taking part in the orchestral screenings), and hearing their stories and experiences was a huge part of these tours, some even spotted a relative in the films!

I very much hope that both the Somme and Ancre films continue to be screened with live orchestras for generations to come.

All the screenings were unique and special on so many levels, and for so many different reasons; Amateur, youth and professional orchestras and conductors enjoyed the new challenge and experience of performing live to film, many local societies joined up to put on a live screening and formed new partnerships, and the screenings have been very poignant and moving for both performers and audiences – many of whom found their own connections with the Battle – and screenings often become a commemorative event. Local history societies put on foyer displays of local regiments that fought in the war, and there were many displays from local school children’s art work and compositions from our linked education project Sounding the Somme (which over 1,000 young people took part in). 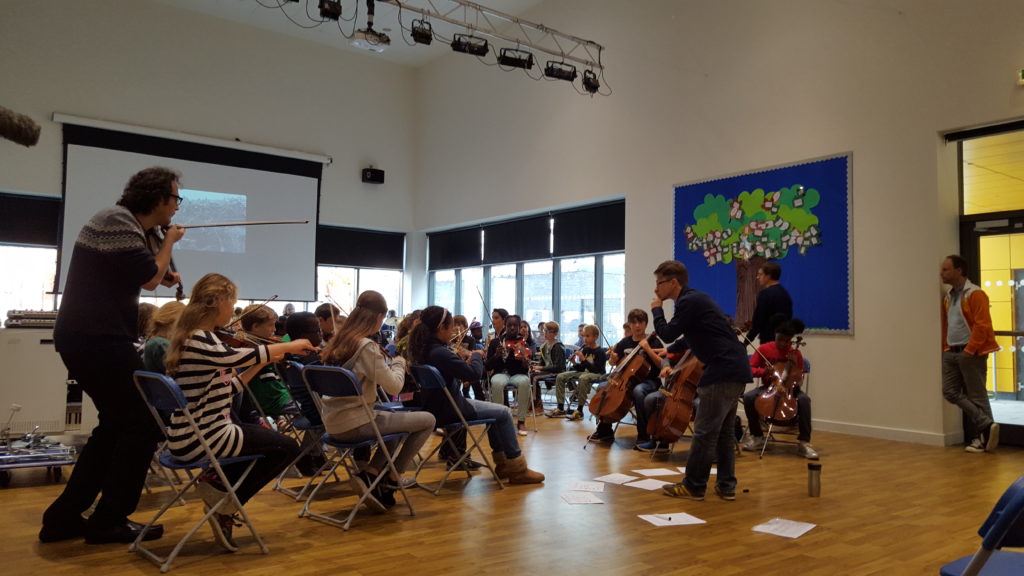 The tour has helped this film to reach a wider audience through these live screenings, as people also came because they are interested in attending a live music and film event, or to see a friend or relative perform, or because it was a local event in their local hall.

Below are some feedback quotes from the Ancre live orchestral screenings, which sums up the experience for audiences and performers. 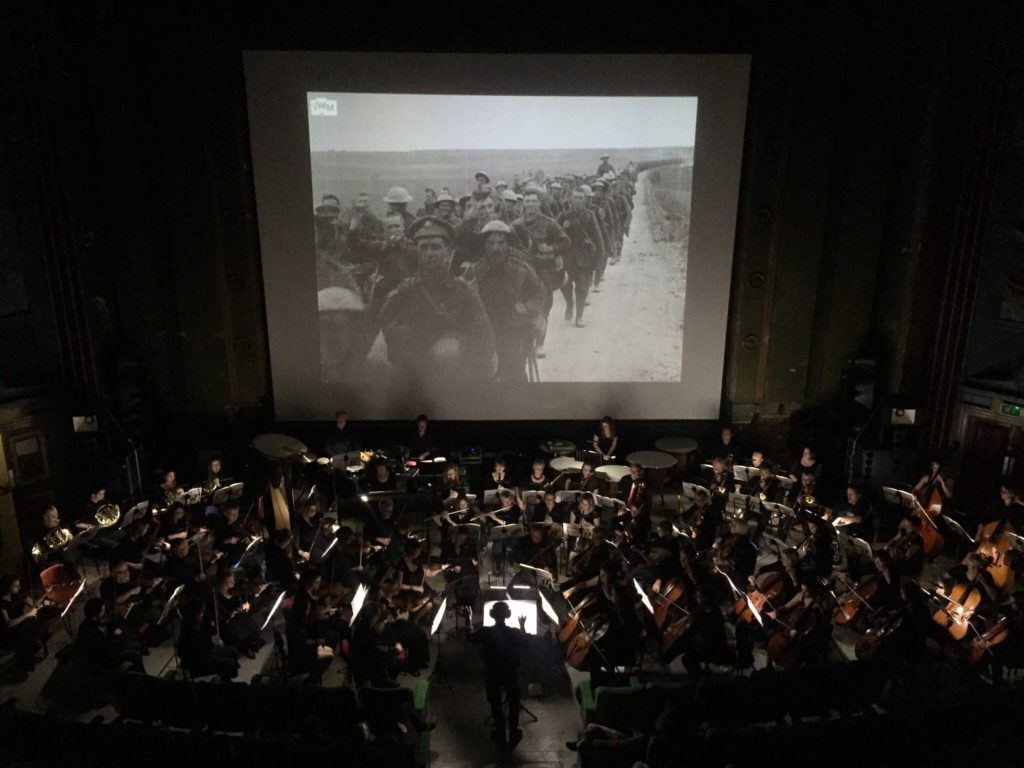 “Laura Rossi’s powerful, evocative score, sensitively performed by the Camerata, was a highly effective fusion of music and film: the haunting images of archive footage, combined with Laura Rossi’s atmospheric score, created a unique soundscape, which cannot fail to have made a lasting impression on those present. It was a deeply moving tribute to all those who lost their lives.”  The Yorkshire Times

“An evocative score which really added to the experience of the film.”

“The music captures the mood and atmosphere perfectly.” 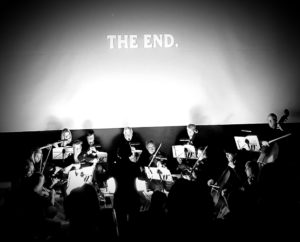 “Fascinating to see such extensive footage from WW1.”

“A fantastic score and performance. The music made the film come to life. This film should be shown in schools.”

“The music made the film even more moving and engaging.”

“Superb filming and editing, plus restoration. Footage I’d never seen before – so moving.”

“Music was evocative and a perfect enhancement to the film.”