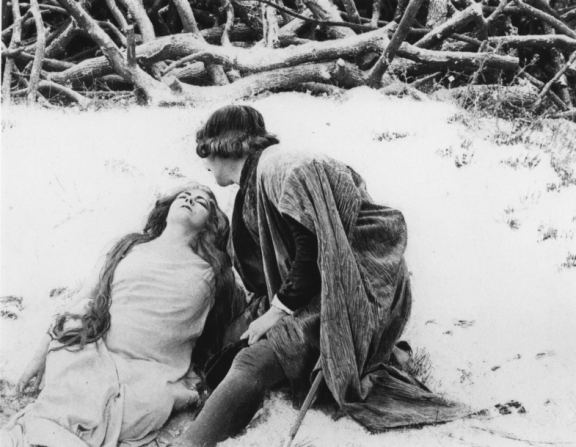 Laura Rossi was commissioned by Classic Cinema Club-Ealing to write an original score to the BFI silent 1915 film Jane Shore for the film’s centenary.  Laura toured across the UK performing the new score live with film with her ensemble Orchestra Celeste at venues including BFI Southbank, Leicester Cathedral and the British Silent Film Festival.

Jane Shore was the first British epic, and one that rivalled the best productions coming out of Hollywood at the time. A cast of thousands is used to great effect by Will Barker (founder of Ealing Studios) in his ambitious version of the much-told story of Jane Shore – one of the many mistresses of King Edward IV who described her as one of “the merriest, the wiliest, and the holiest harlots” in his realm!

‘We are excited about reviving this BFI classic Ealing film, described as the British answer to ‘Birth of a Nation’, for its centenary. The BFI has made a stunning new print of the tinted version which was recently discovered in their archives and hasn’t been seen for 100 years. ‘ Classic Cinema Club-Ealing

‘It’s a rare chance to see this early classic on the big screen.’ BFI

Classic Cinema Club-Ealing commissioned Laura Rossi to write a new score for the film’s centenary and was awarded a PRS for Music Foundation grant. The premiere performance took place almost 100 years to the day to a full house in Ealing Town Hall. Take a look at the original 1915 advert for the film from the Middlesex County Times. Note the ‘Fascinating and Staggering Statistics’! and that it was shown four times a day for a week, ‘6000 Artistes, 71/2 tons of Armour’ etc. 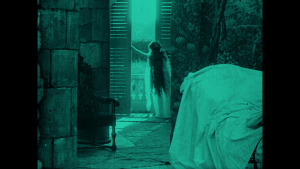 A sumptuously tinted print, and a deft and lyrical accompaniment from Rossi and ensemble gave a real sense of immersion into the film’s picture-book world, this was a precious moment.’ Pamela Hutchinson, Silent London

‘An engaging sonic narrative of depth and invention. instantaneously engaging music which greatly enhanced the cinematic experience. A true soundtrack that was melded to the century-old “text” and which helped the audience connect…a precious example of early British cinematic sophistication.’ Paul Joyce, Ithankyouarthur.blogspot

We gratefully acknowledge financial support from PRS for Music Foundation’s Women Make Music Programme, and The Arts Council, England. Also many thanks to all at the British Film Institute for the film restoration, and Classic Cinema Club Ealing for commissioning the score.