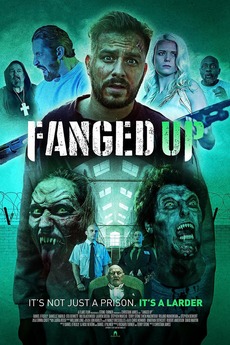 Fanged Up follows the story of Jimmy Ragsdale, who may have the gift of the gab, but certainly doesn’t have the lifestyle he wants. After a desperate play for the ladies, in one foul swoop, Jimmy gets himself fired and arrested. He’s sent to the mysterious Stokesville prison, where he’s due to stay on remand over the weekend until his hearing. However, he soon realises he’s not going anywhere, trapped in an eerie prison that’s home to a big secret.